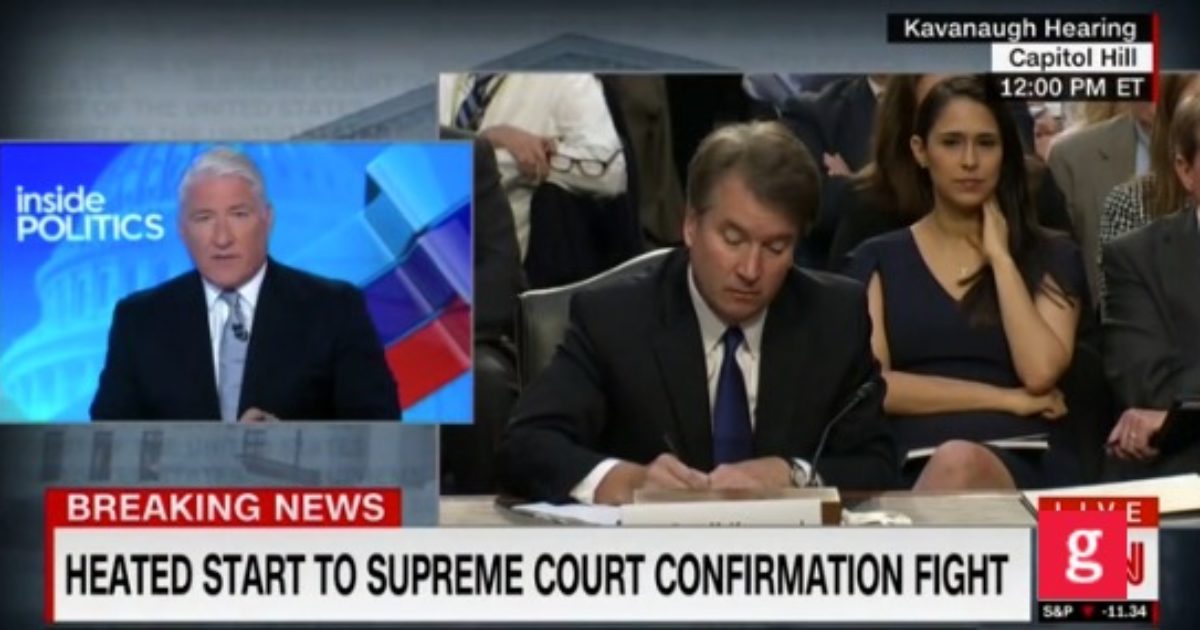 CNN commentators did a review of the Democrats antics during the opening of the Kavanaugh Confirmation Hearing, and things do not add up in their favor. Judge Brett Kavanaugh started his hearings today to a Senate hearing that started off as a Three Ring Circus. Each Democrat Senator pushed that the hearings be delayed. That was not a win. The ruckus in the spectator gallery and the Democratic line of questioning leads one to believe that the Resistance jumped the shark today. Decorum was ruled out today by the liberal side of the aisle.

Senate Democrats coordinated a protest during the opening remarks of the Brett Kavanaugh hearing Tuesday. Multiple Democrats on the Judiciary Committee asked for the hearing to be postponed and accused the White House of covering up a paper trail on Trump’s SCOTUS selection, Brett Kavanaugh. The antics were seen as a desperate attempt to delay the hearing by CNN anchor John King.

“You saw Democrats right out of the box delay the hearing, postpone the hearing — it’s all about politics. We’ll get to the policy when Judge Kavanaugh starts answering questions,” King said, “He could change the court balance on abortion, on gay marriage, on health care access. So far it’s been about politics. That tells me the Democrats began this hearing knowing they don’t have the math. They’re trying to stop it at the beginning because they don’t have the votes at the end.”