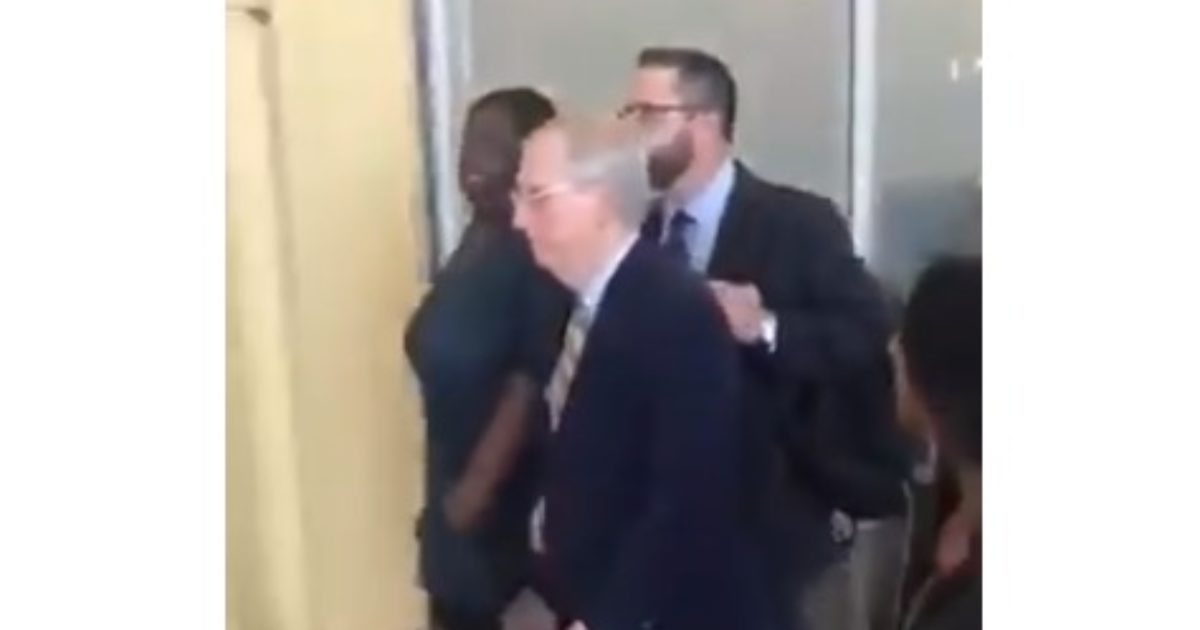 There was a time when anyone could walk through an airport without confrontations, but Senator Mitch McConnell finds out that this is no longer true. Some anti-Kavanaugh activists ambushed the Senator as he was passing through Ronald Reagan Airport. Once you see the names of these activists and what they are associated with, you can see that this was no casual or accidental meeting. This was a planned confrontation done to attempt to intimidate Senator McConnell. We are not that far from these ‘activists’ from becoming even more lawless.

Trending: There’s a new cyber group in town and it is attacking our nations best

On Monday, three female protesters badgered Senator Majority Leader Mitch McConnell while he was walking through Washington’s Reagan National Airport, feigning outrage when he would not acknowledge them and slandering the Republican Party as pro-rape, naturally.

The women are working to make sure Supreme Court nominee Brett Kavanaugh — who has had weak, changing, and uncorroborated accusations of sexual misconduct leveled against him in the eleventh hour — doesn’t get confirmed.

McConnell, seemingly unfazed by the harassment, looked straight ahead and even shook a random man’s hand on his way out of the airport.

This did not sit well with the feminists, as you might imagine.

“It is really telling that you shook the hand of a man while a woman is trying to tell you her story,” yelled……