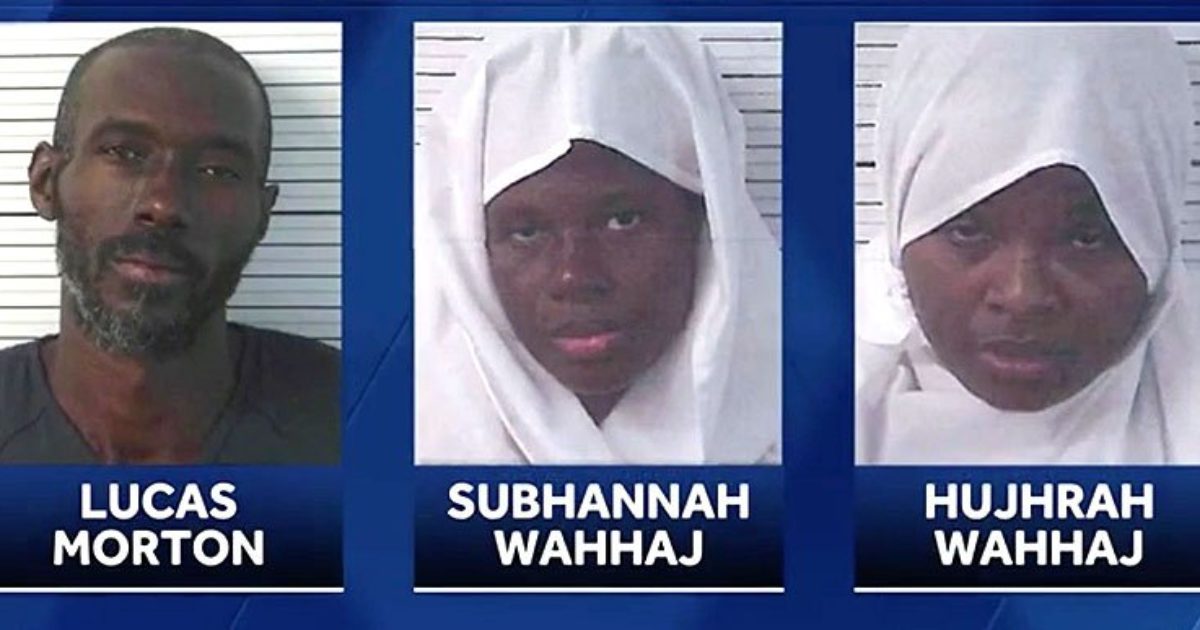 The FBI arrests all five of the New Mexico extremists and they are now facing Federal firearms and conspiracy charges. That is just for openers.  The five were originally arrested by New Mexico law enforcement. An August 3rd raid by the sheriff lead to the discovery of a cache of firearms and 11 children with no food or clean water. Three days later police found the body of Ibn-Wahhaj’s 3-year-old son in a tunnel at the compound.

The FBI announced on Friday that it has arrested all five adults connected to the “extremist Muslim” compound in New Mexico. The arrests come just days after all charges were dropped against three of the defendants.

Fox News reports that the five suspects, who made national headlines after 11 children were found starving at their compound, were arrested by the FBI for “violating federal firearms and conspiracy laws.”

“The defendants, Jany Leveille, 35, a Haitian national illegally present in the United States, Siraj Ibn Wahhaj, 40, Hujrah Wahhaj, 37, Subhanah Wahhaj, 35, and Lucas Morton, 40, are charged in a criminal complaint that was filed earlier today in the U.S. District Court for the District of New Mexico,” the FBI said in a statement.

District Judge Emilio Chavez has dismissed all charges against three of the five defendants — Morton, Subhannah Wahhaj, and Hujrah Wahhaj — earlier this week after prosecutors “missed the 10-day limit for an evidentiary hearing to establish probable……