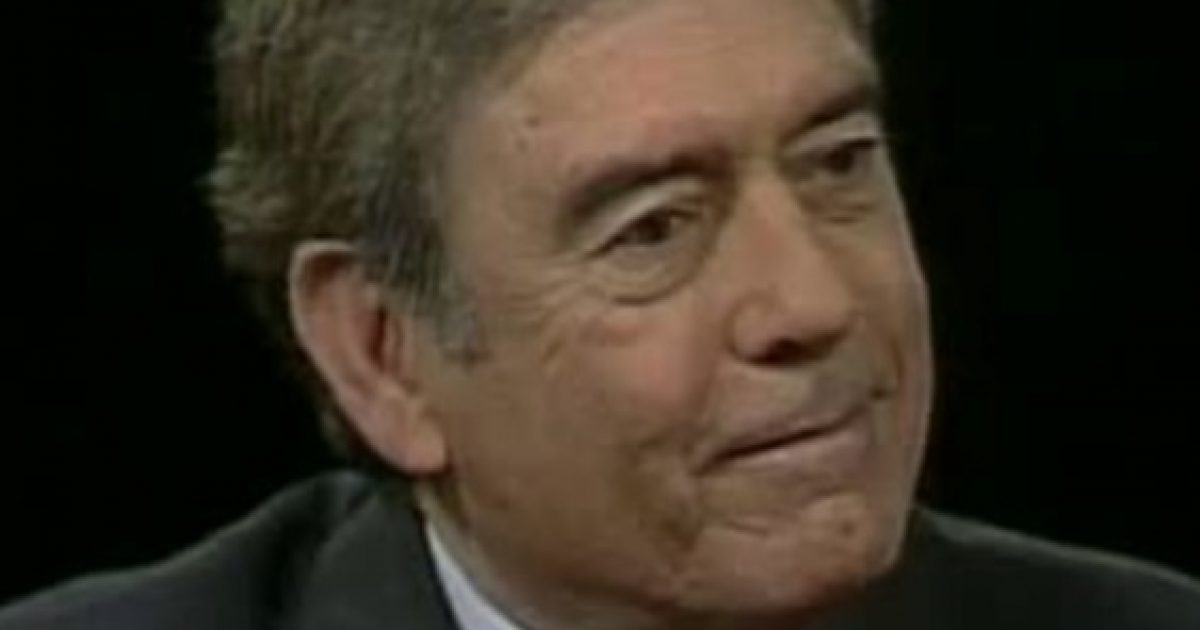 [VIDEO] Now this video was recorded a long time ago but it gives you a glimpse into the mind of Dan Rather and all the liberals of that time until now. Mr. Rather was on the Don Imus show, and the discussion or question was about the Juanita Broaddrick allegations of rape. You will find that Dan thinks that there is nothing to see here, move along, move along. Look what year this interview occurred in! Double standards, anyone?

As Written By Matt Vespa for Townhall:

We’re not excusing what Roy Moore is accused of—it’s ghastly. The man is accused of being inappropriate with multiple women; with another, a Trump voter, claiming he sexually assaulted her when she was 16 years old. The Republican Party had abandoned Moore; the optics of this is just too terrible to maintain support. It gets worse; Guy wrote today about how this man was banned from a Gadsden mall because he was trolling for high school dates and badgering teenage girls in the process. All of the accusers were teenagers at the time. Yet, one thing the Media Research Center observed was the coverage. Societies mature and change, and yes, maybe it’s a good thing that when a woman comes forward with her story about sexual assault, they’re not attacked. That was not the case when Bill Clinton had sexual assault allegations hurled in his direction. And the media mostly fell silent in reporting the allegations.  Tim Graham of Newsbusters even found an old 1999 clip from Don Imus’ then-radio show, in which Dan Rather, pre-Killian Documents, said that even if the Juanita Broaddrick allegations are true, it was a long time ago, and that we should move on:

DON IMUS: Even this Juanita Broaddrick thing that, this interview that the people over there at NBC News have been sittin’ on for some reason, who knows but —

DAN RATHER: Well, I think the reason is pretty obvious that they’re, they don’t call me and tell me why they run or don’t run these things, but I think it’s pretty obvious. They are nervous about, number one, whether this information is accurate, whether it’s really true or not. And then number two, even if it does it turns out to be true, it happened a long time ago and number three, they’ve gotta be figuring maybe, just maybe the American public has heard all they want to hear about this and are saying you know, “Next. Let’s move on to the next thing.”

IMUS: I was reading in either Time or Newsweek that even the woman herself, Juanita Broaddrick said that she hopes that this thing went away this week and even she was sick about hearing about it and it’s her story.”

RATHER: Well, let’s hope she gets her way with …….

Dan Rather On Clinton Rape Allegations: Even If They Turn Out To Be True, It Was A Long Time Ago – Matt Vespa