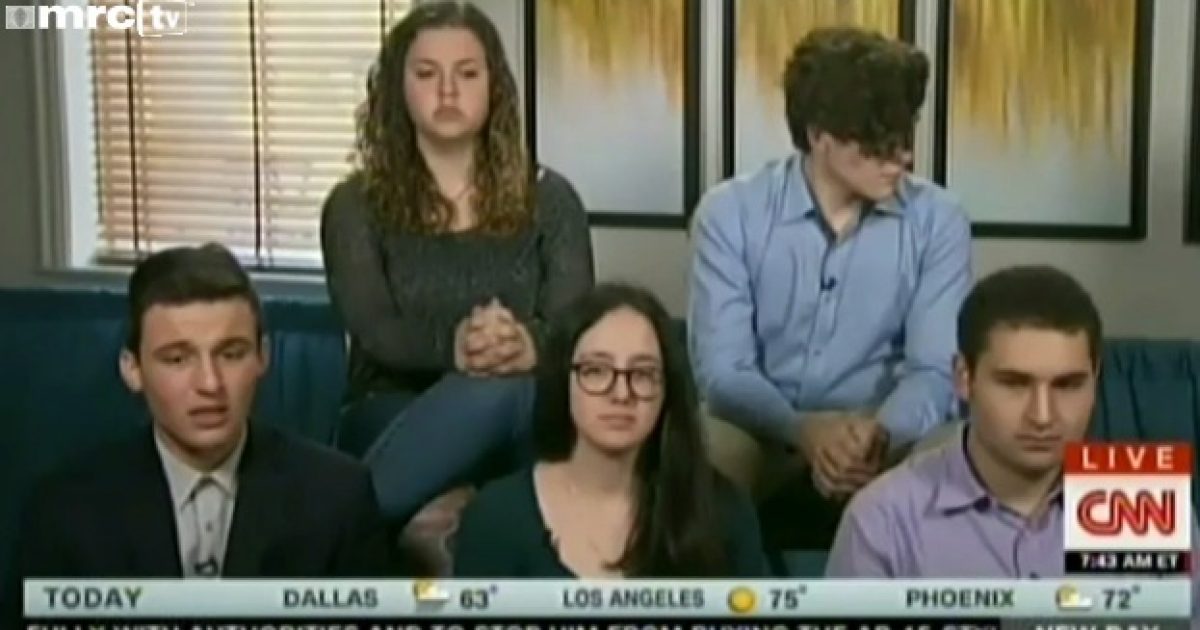 [VIDEO] Leave it to CNN to go out and round up a bunch of traumatized high school student and set them up to accuse GOP of murder. In the highest traditions of never letting a good crisis go to waste, these innocents were wound up and put to work reciting the liberal mantra of gun control. Added to that attack on the Second Amendment, you can add the demonization of the GOP. Watch for yourself.

As Written and Reported By Brad Wilmouth for Newsbusters:

On New Day Saturday, CNN anchor Victor Blackwell gave a group of five students from Marjory Stoneman Douglas High School a forum with little pushback to not only advocate more gun control, but to accuse Republicans of being the ones who “murdered” the victims at their school in Parkland, Florida.

CNN even used a clip of one student repeating discredited claims that “There’s been 18 mass shootings in schools this year,” as she complained that “I didn’t hear about them.”

In a pre-recorded segment shown at 7:38 a.m. ET, Blackwell was seen posing: “You said that the governor and Senator Rubio murdered 17 people. Why?”

Student Cameron Kasky was then shown demonizing Republicans as he declared:

It’s Rick Scott and Marco Rubio who allowed this to happen. They’re enablers, and they — the blood of 17 people and all those injured and all the families that have been hurt — this is all them.

He soon added: “The GOP has abandoned us and left us to people like Nicolas Cruz.”

After another student complained about House Speaker Paul Ryan benefiting from NRA spending, Blackwell mildly pushed back as he followed up:

Now, those who will disagree with the framing of what you just said and what we’re hearing from ….