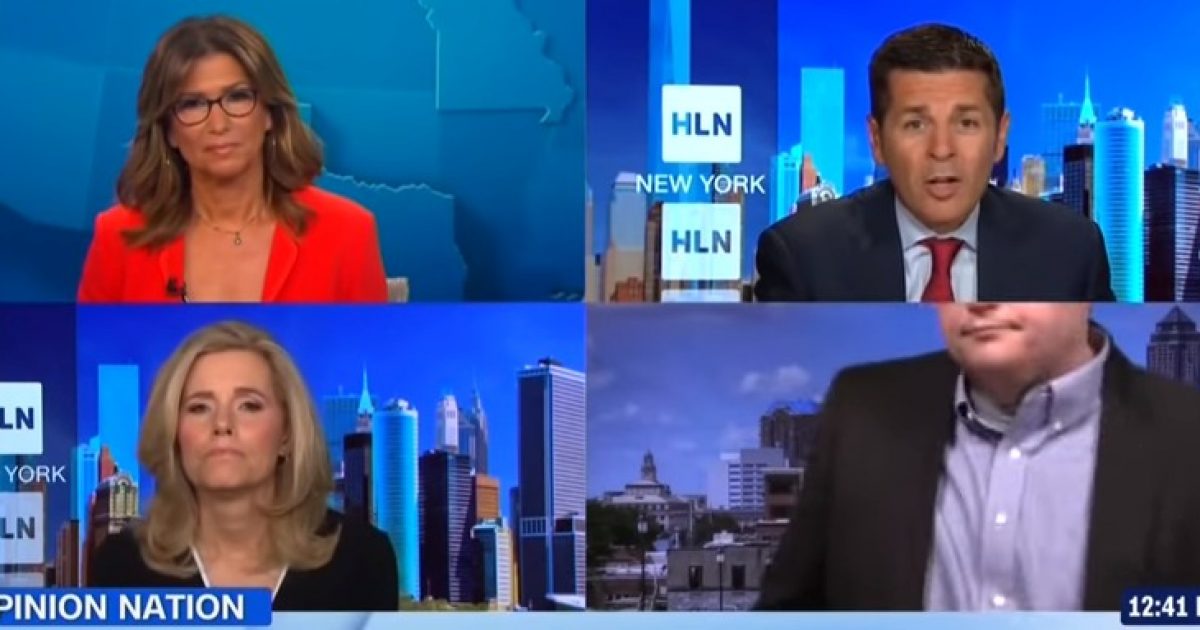 [VIDEO] You have to watch this CNN Contributor display either total ignorance of Christian values or else this was a calculated move to demonize all Christian voters. CNN contributor Dean Obeidallah compared Christianity to Sharia law. Conservative radio host Steve Deace took great exception to the attacks. What you are seeing and hearing here is an attempt to prevent Christians from voting their values. It is okay for the secular religion to vote its values. Watch how the conservative guest was set up to be attacked.

The segment was centered around President Donald Trump’s upcoming nomination of a new Supreme Court justice and the panelists discussed the potential long-term ramifications of the pick.

“The stakes are really high in this country,” Obeidallah said. “And there are people who want to impose Christian Sharia law in this country. And what I mean by that is that they want the Bible as the law of the land.”

Deace later fired back that any comparison between Islamic Sharia law and Christianity was “preposterous,” but Obeidallah, who is very progressive, continued to push the comparison.

“Christian Sharia law in this context is simply shorthand for turning religious beliefs into the laws of the land,” Obeidallah continued. “I’m not going through the Bible. To me, that’s what Sharia is in the Muslim world, what Sharia is here. I’m not sure why …..

KEEP READING THE REST OF THIS STORY BY CLICKING THE LINK: DAILY WIRE