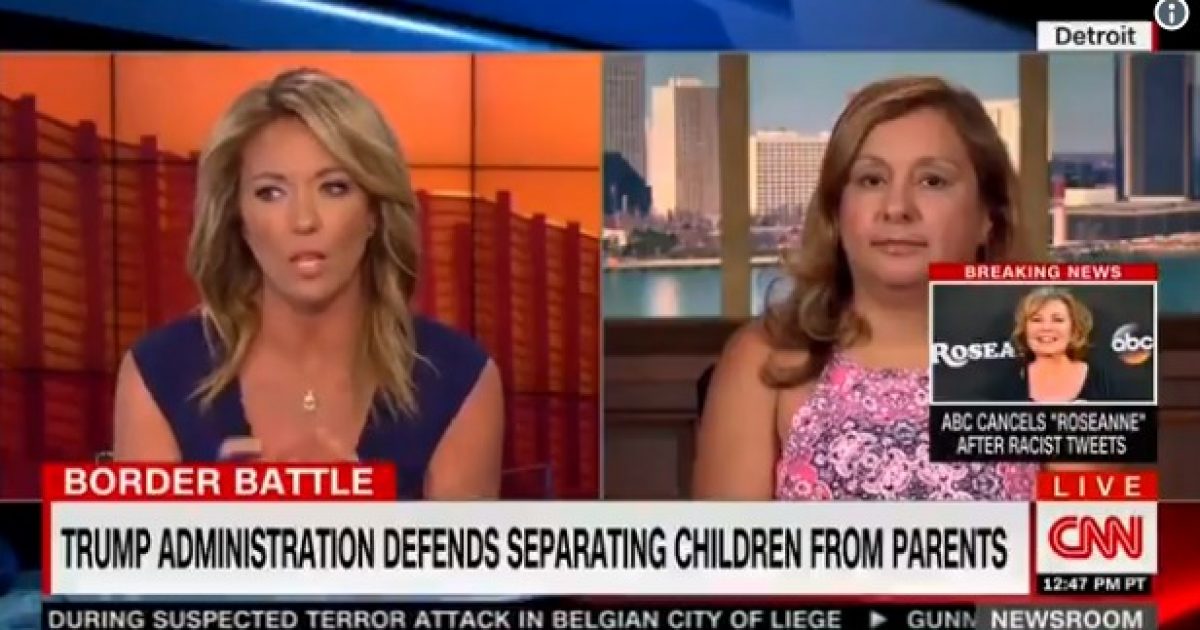 When CNN asked this question of a woman about her deported husband, they were not expecting her answer. It is surprising that CNN would even air this interview that turns out to be supportive of President Donald Trump. Read and watch.

CNN brings on wife of deported illegal immigrant to ask if she’s upset.

“I am not upset at our gov due to the fact that I am a U.S. Citizen & our laws come first. Our laws are just broken and need to be fixed but I can’t be mad at Trump for doing his job.”

Cindy Garcia, whose husband was recently deported to Mexico, shocked CNN on Tuesday by defending President Donald Trump and the rule of law.

CNN anchor Brooke Baldwin started the segment by criticizing the Trump administration for separating children from their families and played a clip of the Garcia family crying as their father was being picked up for deportation.

Baldwin asked Garcia if she was upset with the government for deporting her husband, but she surprisingly defended the rule of law and noted that Trump is simply doing his job.

“I am not upset at our government due to the fact that I am a U.S. citizen and that our laws come first,” Garcia said. “Our laws are just broken and need to be fixed.”

“I can’t be mad at Trump for doing his job because that is his job to protect us as U.S. citizens from criminals,” she added, before explaining that her husband is not a criminal and suggesting immigration law be reformed to focus only on criminal illegal immigrants……

Woman Whose Husband Was Deported Defends Trum | The Daily Caller