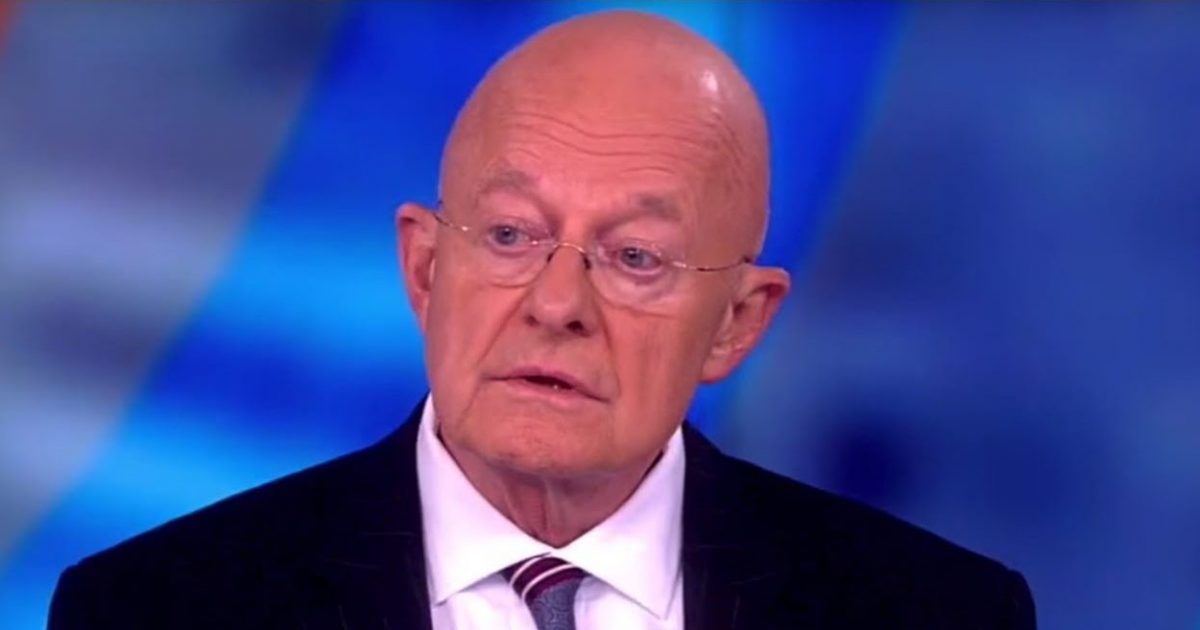 By providing this covering story for former President Barack Obama, his former Director of National Intelligence, James Clapper has his old boss’ six. It has been previously revealed that the FBI had at least one spy or mole targeting the Donald Trump campaign. This is not an action that is readily justifiable by most legal scholars. In his interview on FOX News with Ari Fleischer, Mr. Clapper seems to be setting up Obama with some plausible deniability. Mr. Fleischer finds it difficult to believe that such an action could have been authorized or taken place without the express knowledge of the President (Obama). On top of that, Clapper said that the spying was good for Trump? Just how does that work, please?

As Written and Reported By Julia Nista for the Daily Caller:

James Clapper, former Director of National Intelligence, said Friday that former President Barack Obama had “no knowledge” of an FBI informant in the Trump campaign during the 2016 presidential election.

“I am sure President Obama had no knowledge whatsoever of an informant,” Clapper said, adding that the FBI has many informants who play various roles within the department “who provide very valuable information and do so in a legitimate way.”

Ari Fleischer, former press secretary for President George W. Bush, asked on Fox News, “What role did Barack Obama have, did he know that the FBI was keeping informants there, and I’ll guarantee the answer is yes.” He continued to say that the FBI must have gone through the White House first before putting an FBI informant in a presidential campaign.

Clapper has also said “it’s a good thing” there was an FBI informant in the Trump campaign during the 2016 presidential election cycle, and that President Trump should be glad an informant was embedded there……