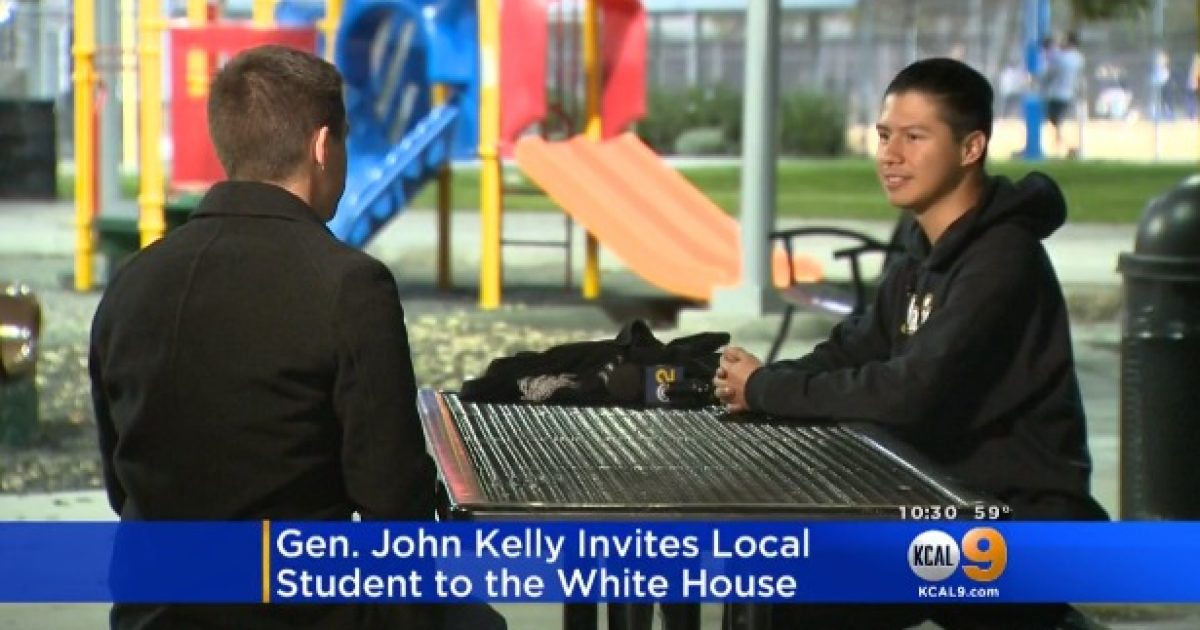 Remember the disgusting teacher who went on a rant about the military? He lost his job and now the student who managed to record the now-infamous anti-military teacher is raising money so that he can visit the White House.

The young man got a personal call from White House Chief of Staff John Kelly, who gave him an open invitation to visit the White House and meet President Donald Trump. Here’s hoping he raises the funds!

As Written and Reported By Leon Wolf for The Blaze:

The California high school student who filmed his teacher’s viral anti-military rant has been invited to the White House by Chief of Staff John Kelly, and he is raising funds for the trip.

The student, Victor Quinonez, is a senior at El Racho High School, and secretly recorded his history teacher Gregory Salcido making a number of derogatory remarks in class about the military and military recruiters, including calling them “the lowest of the low.”

When Quinonez’ video went viral, he was stunned to receive a phone call from White House Chief of Staff John Kelly, who invited him to visit the White House to meet President Trump and also to visit the Pentagon.

Quinonez told KCAL-TV in Los Angeles that he was honored to receive the invitation and intends to go. “It is really a big deal to me because not a lot of people say they’ve been to the White House or they met the president,” Quinonez told KCAL. He also added that the invitation is a point of pride for him because his own father is a marine veteran.

Quinonez told KCAL that in addition to the phone call from Kelly, he and his family have also received death threats since his recording became the subject of national ….