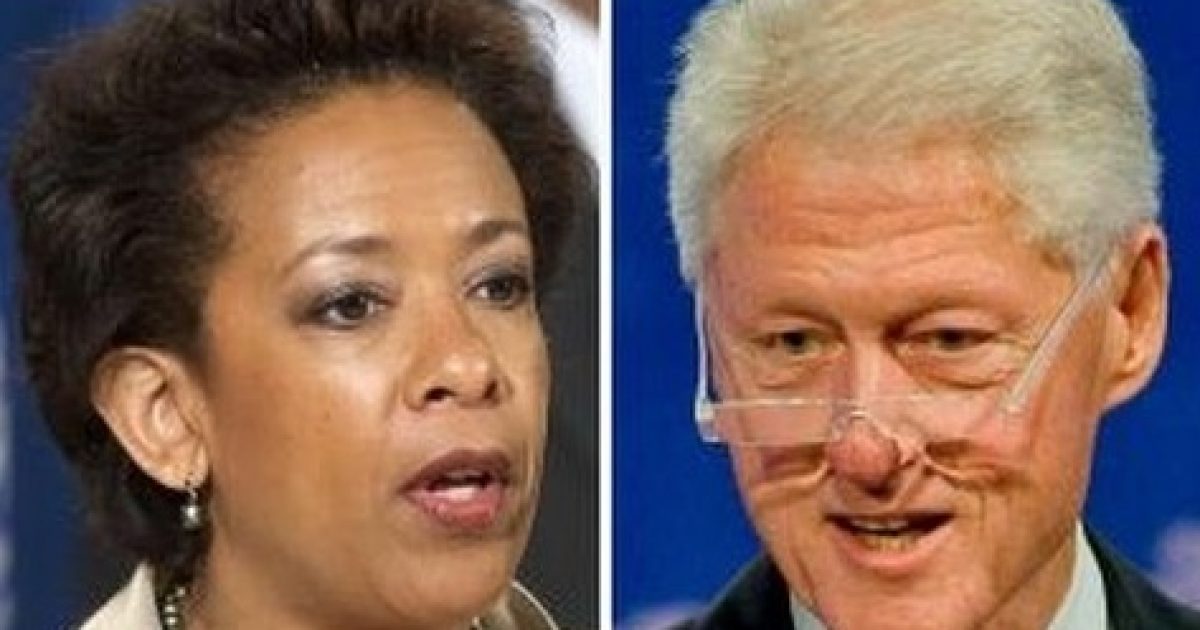 When Michael Horowitz released his IG report on the Hillary Clinton email investigation, you have to wonder if he realized that this tidbit was lurking in there. Remember the infamous tarmac meeting between then-Attorney General Loretta Lynch and former President Bill Clinton? Do you also remember being told and having it reported that it was a ‘spontaneous’ meeting? If it was all that spontaneous, why were the FBI details of Loretta and Old Bill coordinating the visit? This did not pass the smell test back then and it smells even worse now.

If true, it blows a hole in the narrative Lynch and Clinton have maintained for two years. Lynch claimed the “social” meeting was spontaneous and the two discussed grandchildren.

The meeting was extremely controversial at the time because it came just days before then-FBI Director James Comey announced the FBI would not recommend criminal charges against Clinton for using a private email server while secretary of state.

What does Horowitz’s report say?

Clinton’s plane was parked next to Lynch’s, the report revealed, or about just 20 to 30 yards away.

Clinton told investigators he only learned the plane next to his was Lynch’s after being briefed by his…..