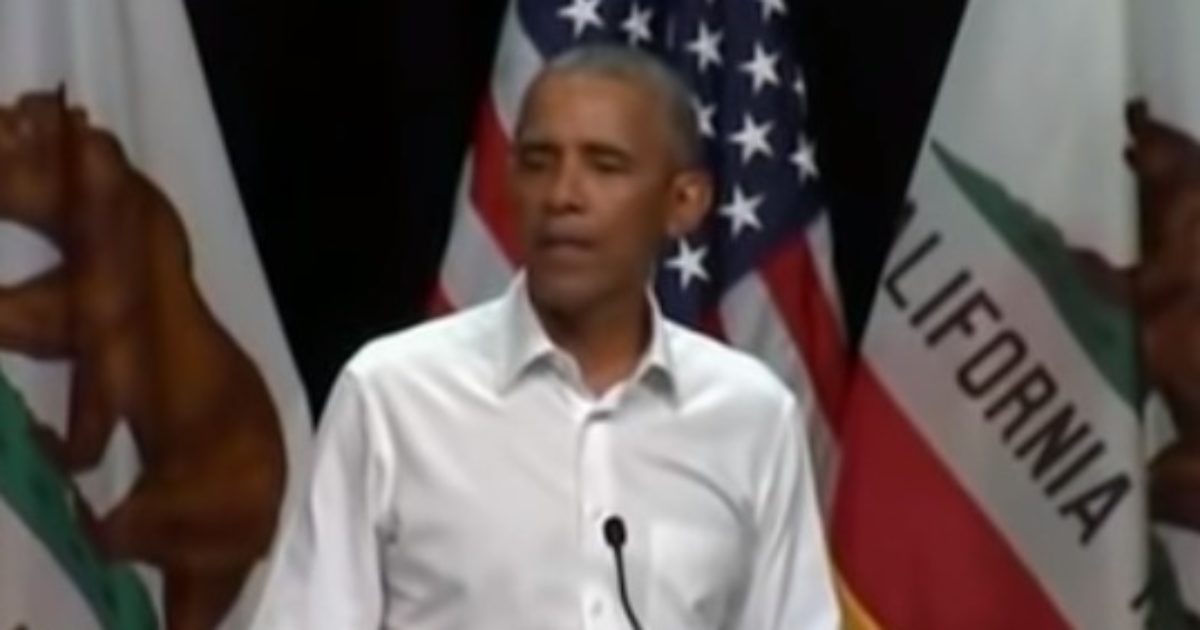 Barack Obama may think that he has just jumped into the political arena to save the day for the Democratic Party mid-term campaigns, but that is not what he has done. His first appearance was a narcissistic trip down memory lane for him. He set a new record for use of the pronoun “I” in a single speech. He also reminded us why we voted for Donald Trump. Look at all he as said so far.

As Written and Reported By David Harsanyi for The Federalist:

“How hard can that be? Saying that Nazis are bad,” former President Barack Obama asked a crowd in Illinois over the weekend. Well, probably no harder than saying the words “radical Islam,” I imagine.  Or maybe it’s slightly less difficult than not sendingbillions of dollars to Holocaust denying terror regimes that have both the means and intent to murder Jews—in 2018, not 1942. And it’s definitely a lot easier than not meeting, posing and then smiling for a picture with Louis Farrakhan. But thanks for the lecture.

Obama may well find the presence of a few hundred pathetic white supremacists more perilous than a deadly worldwide ideological movement with millions of adherents. But just as Obama’s sins do not excuse Trump’s inexplicable answer to the Charlottesville riot, Trump’s words don’t excuse the most divisive modern president, a man whose unilateralism and contempt for the process and the constitution helped create the environment America now find itself in.

While Obama’s self-reverential speech was crammed with revisionism, the most jaw-dropping contention from the former president was probably a defense of his record on free speech: “I complained plenty about Fox News,” the scandal-ridden Obama explained, “but you never heard me threaten to shut them down, or call them…..

Barack Obama Reminds Us Why Donald Trump Is President