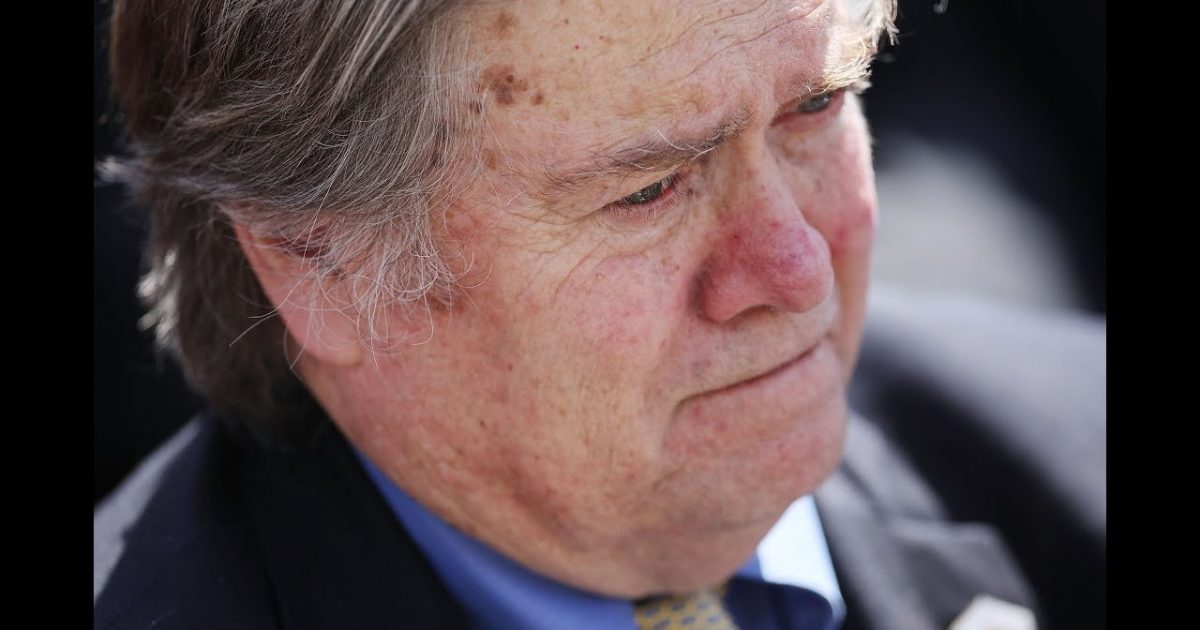 According to President Donald Trump’s one-time White House Chief Strategist Steve Bannon, you may have to vote for a few Republicans you do not want. According to Mr. Bannon, all those RINOs (Republicans In Name Only) that he has been bashing will be critical in keeping the House for Donald Trump. If Steve Bannon is willing to back off on his war with the Republican establishment, maybe we need to pay attention.

As Written and Reported By Niall Stanage for The Hill:

President Trump’s controversial former chief strategist Stephen Bannon is making an uneasy peace with the Republican establishment as he returns to the battlefield for the midterm elections.

Bannon, who made his name as a populist firebrand eager to attack GOP leaders in Washington, is now urging Trump loyalists to hold their noses — even if the party’s candidate in their district is someone they might deride as a Republican In Name Only, or RINO.

Citing one example, Rep. Pete Sessions (R-Texas), Bannon told The Hill, “One of the things we have to convince people of is, it doesn’t matter that Pete Sessions is a RINO. He’s a vote for Donald Trump and that’s all you have to think about. And not just, you have to vote for him — you’re going to have to go out and work a precinct, and ring doorbells, and do a phone bank for him.”

Sessions’ campaign said he “has enthusiastically supported common-sense Republican reforms” as a member of Congress.

“These reforms reflect Pete’s principled conservative values and they reflect the values of the people he is honored to represent,” a spokesman told The Hill.

Bannon was speaking with The Hill to coincide with the release of his new film “Trump @ War,” a 70-minute, unabashedly pro-Trump documentary…..