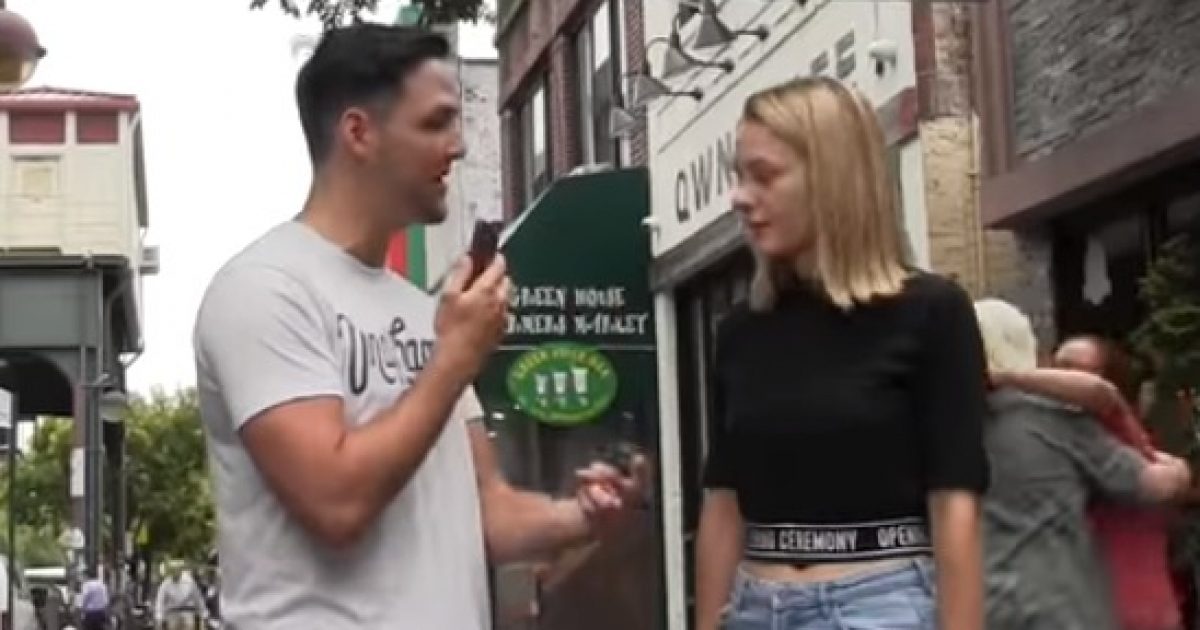 “Free Stuff” will be the platform of Democratic Socialist candidate Alexandria Ocasio-Cortez. She is running for the New York State 14th District seat. Her promises are like the political promises of old. Her starry-eyed followers are all about the government paying for everything that they want. Upon questioning them, it is obvious where they think that money comes from. Do you know where they think it comes from>|?

As Written and Reported By Michael Cantrell for Flag and Cross:

Alexandria Ocasio-Cortez is the new darling of the Democratic Party and she just so happens to be an outspoken believer in “democratic socialism,” which means she’s a big fan of political mythology because this little Frankenstein’s monster doesn’t actually exist.

One of the big tenets of socialism is providing many of the basic needs people have for “free” like health care, housing, and so on. However, anyone with even a microcosm of common sense knows that there’s no such thing as something for nothing. Someone, somewhere, pays for everything.

This is precisely the point Campus Reform’s Cabot Phillips made when he hit the streets in Astoria, New York, the home town of Ocasio-Cortez, to speak with her supporters about who is going to fund the free stuff. Their answers are the stuff nightmares are made of.

Ocasio-Cortez — who just received the Democratic nomination in New York’s 14th Congressional District — believes government should completely fund things like housing, college, and health care for everybody. And her fans on the street were down with all of that as well, without any hedging or hesitation.

But when asked who would pay for all that “free” stuff, some weren’t so confident — and others didn’t seem to understand or care about the implications of socialist policies.

“Some of it should come from taxes, but the government should pay for it,” one person replied.

“But the government is funded by taxes,” Phillips pointed out.

One guy seemed unconcerned about how socialism would be funded: “I don’t know where the money would come from, but they can figure it out.”

Yet another guy was convinced that “with a good idea and a good reason to spend their tax money, people wouldn’t actually mind paying more taxes.”

While you’re no doubt physically ill with the astounding amount of stupidity you’ve just been exposed to, the interview didn’t stop there. Not even close. It ended with this precious gem. Feel free to grab a barf bag first before reading on further.

“I’m liberal,” the interviewee said. “I don’t know exactly, like, where I stand, but I know, like, Democratic socialism is better than conservative … it’s the better option.”

When Phillips asked in what way it’s better, she replied, “Um, when I think of it, I just think of, like, more open-minded people, people that aren’t, like, as economically conserved.”

These people are the future of our country, folks. One day, these same individuals will be elected officials, business owners, and in other assorted positions of power, terrorizing the country with their utter lack of common sense, allowing the government to swell to absurd proportions.

If there was ever a time to worry about the future of America, today is that day.