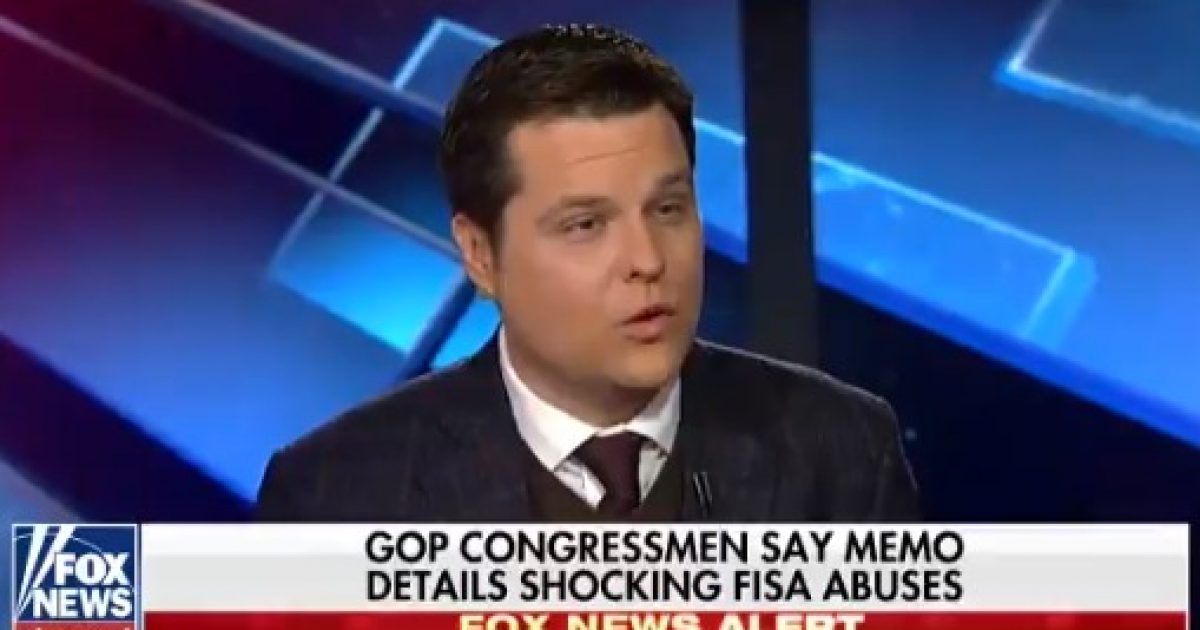 Representative Matt Gaetz, unlike certain Democrats, thinks that you are smart enough to understand the ramifications of the soon to be released FISA Court Memo. The House Intelligence Committee is making moves to release the secret memo to the public in the near future. The contents of the memo are reported to be a devastating indictment of the Obama administration’s FBI and DOJ. In this video is Mr. Gaetz’s look into the memo.

.@RepMattGaetz: “There are 4 pages of a memorandum prepared by the Intel. Cmte. that will shock the conscience of this country when it comes to the horrific abuses that occurred during the last admin. and that I believe continue to pose a threat to @realDonaldTrump‘s presidency.” pic.twitter.com/d1iIWQwq0d

Saturday, Rep. Matt Gaetz (R-FL) further discussed the intelligence memorandum that he teased this week, predicting the contents will “shock the conscience of this country.”

“There are four pages of a memorandum prepared by the intelligence committee that will shock the conscience of this country when it comes to the horrific abuses that occurred during the last administration and that I believe continue to pose a threat to Donald Trump’s presidency,” Gaetz said on Fox News Channel’s “Justice.”

Gaetz stated that “names are named” in the memo, adding that it is “so important” that the “shocking” memo gets released immediately.

He continued, “All Americans need to see what was happening to undermine this president, duly elected.”