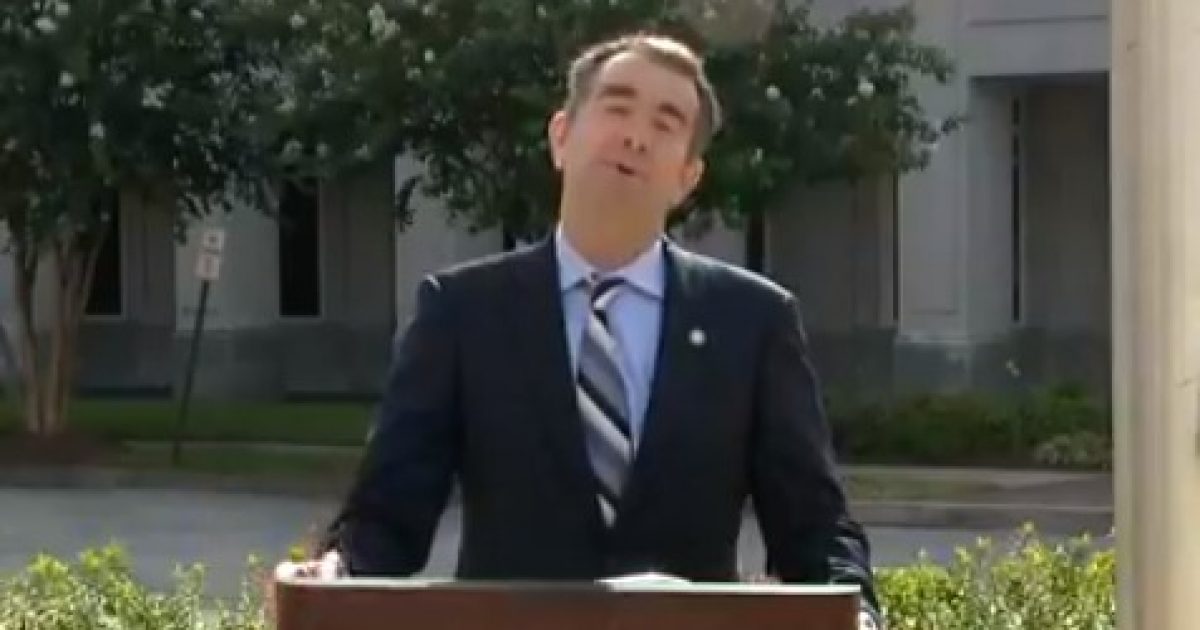 The race for Virginia Governor just tightened dramatically after a radical error by the Democrat candidate. Lt. Gov. Ralph Northam held a comfortable lead over Ed Gillespie, the Republican. Then he made a drastic mistake in Northern Virginia. He sent out a mailer and removed his running mate from the mailer. Justin Fairfax, the running mate, is a black man. OOPS! This really appears racist and will be hard to excuse.

As Written By THE WASHINGTON TIMES:

The public-opinion polls in the Virginia gubernatorial race are tightening. Lt. Gov. Ralph Northam, the Democrat who had opened a comfortable lead over Ed Gillespie, the Republican, over the summer, has only a tiny lead in most polls now, and a new Monmouth survey puts Mr. Gillespie up by a point.

There’s little room for error by either candidate, and Mr. Northam has just made a doozy, perhaps a doozy of considerable size and consequence. His campaign has flooded Northern Virginia with a mailer rallying Democrats, with the name and face of his running mate airbrushed out of the picture. Justin Fairfax, the running mate, is a black man.

Mr. Fairfax would become only the second black lieutenant governor in Virginia, and the Northam campaign quickly explained that his race had nothing to do with it. Yes, of course not. Who would believe that Democrats, eager to call others racists and bigots, would do a thing like that just to win an election? Heaven forfend!

The “real” reason, Mr. Northam says, is that the labor unions put pressure on Mr. Northam to get his running mate out of the picture because he opposes construction of a pipeline across the northern part of the state that would create jobs.

Mr. Fairfax is a loyal party man and agrees that the mailer, which went only to union households, was only “a ……….