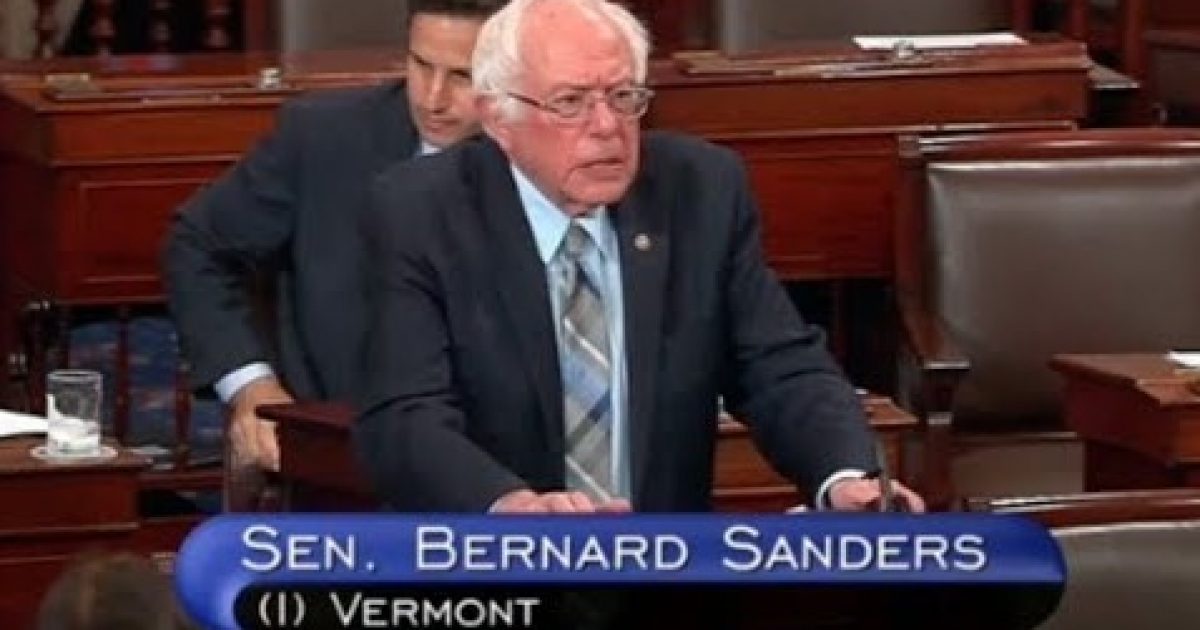 Former Presidential candidate and Senator Bernie Sanders just may have violated some election laws. Not that he ever had a chance at winning the Democrat Party nomination. Hillary and the DNC had the fix in on that so he never had a fair shot. Mr. Sanders also never had the financial backing that Ms. Clinton did. Wasn’t her campaign the one that spent a billion dollars in a losing effort?

Back to the plight of candidate Sanders and some of the trouble he may be in. It seems that the Australian Labor Party had a distinct interest in a fellow socialist. They provided some funding and assistance that the FEC did not like. Could this also be seen as collusion with the Australians? Has the Sanders campaign already been fined?

James O’Keefe and the Project Veritas Action Fund called on the U.S. Justice Department Thursday to open a formal investigation into possible collusion between Bernie Sanders’ 2016 presidential campaign and the Australian Labor Party.

“Since CNN’s Van Jones thinks the Russian collusion story is a ‘nothing burger,’ here’s a JUICY story about a probable violation of the Foreign Agents Registration Act, a potential conspiracy and foreign collusion in support of a Presidential candidate that Van Jones can really sink his teeth into,” O’Keefe said of the announcement.

Veritas claimed that the 2016 revelations that the ALP used taxpayer dollars to help finance travel for select Sanders campaign staffers in New Hampshire and Nevada, an act which Veritas legal counsel Benjamin Barr says illustrates a “conspiracy to defraud the United States government.”

Barr added that “given the unusual breadth and depth of likely foreign involvement in America’s 2016 presidential election, we request a thorough criminal investigation of the matters……